Wednesday was another great class in the continuing field ornithology class I’m taking. It’s hard to believe that next week is the last class of this session (but the next set of 7 classes starts the following week, and I do plan on continuing to take this class indefinitely, or until we finish the book, whichever comes first). Oops, almost a week late here, but last Monday, 1 October, I birded Shoreline at Mountain View Park and had a fine time of it, although I didn’t see any rarities. Last night’s class began with Joe’s account of the annual WFO meeting in Las Vegas the previous weekend.  One gets the impression that Joe doesn’t much care for LV :).

Of the convention and trip: Last Monday I swung by the baylands on the way home from work, and although it was pretty quiet out bird-wise, there was decent variety. Another fun- and fact-filled class last night. Joe talked about the carniverous River Otters inhabiting Rodeo Lagoon (see my post about our field trip for more on this). 3 species not seen on previous class trips (for the last 20 or so years) to the lagoon were noted: Common Tern, Blackpoll Warbler and Black-bellied Plover. END_OF_DOCUMENT_TOKEN_TO_BE_REPLACED

Friday was PARK(ing) day in San Francisco, where folks convert parking spaces into actual mini-parks.  There were several dozen locations about town, and I decided to hop on my bicycle and visit the 7 nearest home. It didn’t start well, with the park at Fulton & Masonic gone missing (odd, since it was sponsored by…

Last night’s class, held on a Monday instead of the usual Wednesday due to a conflict with a parent-teacher meeting at Marina Middle School, finished up genus Tringa and some more rare sandpipers. 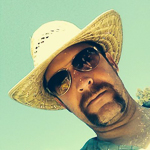